Take Control of Your Situation
Get a Free Case Evaluation 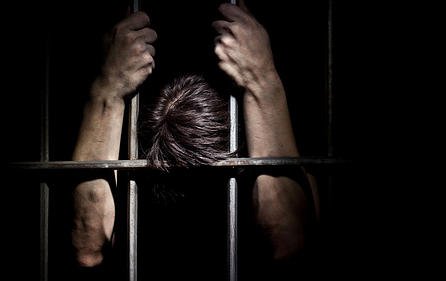 Murder is the most serious crime you can be charged with. Penalties begin with extremely long jail sentences, but could also include the death penalty. Your criminal defense attorney choice is the single most important choice you will make. Murder attorney Michael Urbano should be your choice.

Murder is the most serious crime you can be charged with. Penalties begin with extremely long jail sentences, but could also include the death penalty. Your criminal defense attorney choice is the single most important choice you will make. Murder attorney Michael Urbano should be your choice.

Depending on the circumstance, in any wrongful death case, you could be charged with First Degree Murder, Second Degree Murder, Manslaughter, or Negligent Homicide. Following the links in the blue box on the right will tell you more about the charges and the penalties for each charge.

The prosecution will build its case on your statements, witness accounts, and forensic evidence, as your murder attorney, Michael Urbano's strategy will be to challenge every part of the case and get the prosecutors to drop the charges or lessen them, or, if the case goes to court, to refute everything and build strong doubt in the minds of jurors. Michael Urbano has had great success winning cases because he's so good at finding the holes in the prosecutor's cases.

A Team of Experts

A murder attorney never works alone. Urbano Attorney and Counselor at Law have a team of murder defense experts waiting to challenge every part of the case. Our team includes private investigators, legal experts, criminal psychologists and expert witnesses in forensics who deal with everything from crime scene investigation like blood splatter evidence to firearms and ballistics, to lab technicians who understand everything from chemical analysis to DNA matching. In short, we have a dream team of highly regarded specialists ready to challenge any evidence presented.

Police investigators may have a tendency to decide early on who committed a murder, this "rush to judgment" can lead to making the evidence fit their scenario, ignoring other evidence and even not following up on leads to other possible suspects. We challenge the investigator's conclusions and carefully review how evidence was collected, handled, and analyzed. Our team of experts will look at all the evidence and help your murder attorney find the other alternatives that are being ignored and create reasonable doubt for jurors.

If you have been charged with murder in the state of Arizona, the stakes could not be any higher, and you need a murder defense attorney with the experience and the team of experts to effectively defend you. Someone who will be aggressive in dealing with the prosecutors to get your charges dropped or lessened. And if the case goes to trial, you need a powerful communicator who will persuade the jury of your innocence.

At Urbano Attorney and Counselor at Law, we offer a FREE initial consultation. We also have convenient financing available to make it easier for you to get effective representation from a real murder defense attorney and not just a public defender.

If you need a murder attorney, call day or night.

If you don't reach criminal defense attorney Michael Urbano directly, your call will be forwarded instantly and he'll return your call within minutes - anytime - 24 hours a day.

If you prefer, you can contact us by email by clicking here. Your message will be instantly forwarded to your criminal defense attorney's phone and you'll get a response within minutes.

Find my office at the location below.